A member of a re-enactment group films Indonesian re-enactors dressed up as German Waffen-SS soldiers laying on the ground pretending to be dead during a gathering of re-enactment enthusiasts in Cibubur, East Jakarta, Indonesia.
Members of the 'Niederlande Kampfgruppe' group meet regularly to re-enact battles wearing Nazi Germany military uniforms and produce their own photos and videos. They claim that they do not do this because they identify ideologically with the Nazis, but because they are interested in World War II and military history. According to them, there is historical evidence that at least one Indonesian person was part of the 'Freiwilligen Legion Niederlande', the Dutch arm of the Waffen-SS, during World War II. Similar re-enactment groups exist in several cities across Indonesia, using the uniforms of Dutch, German and Japanese troops. 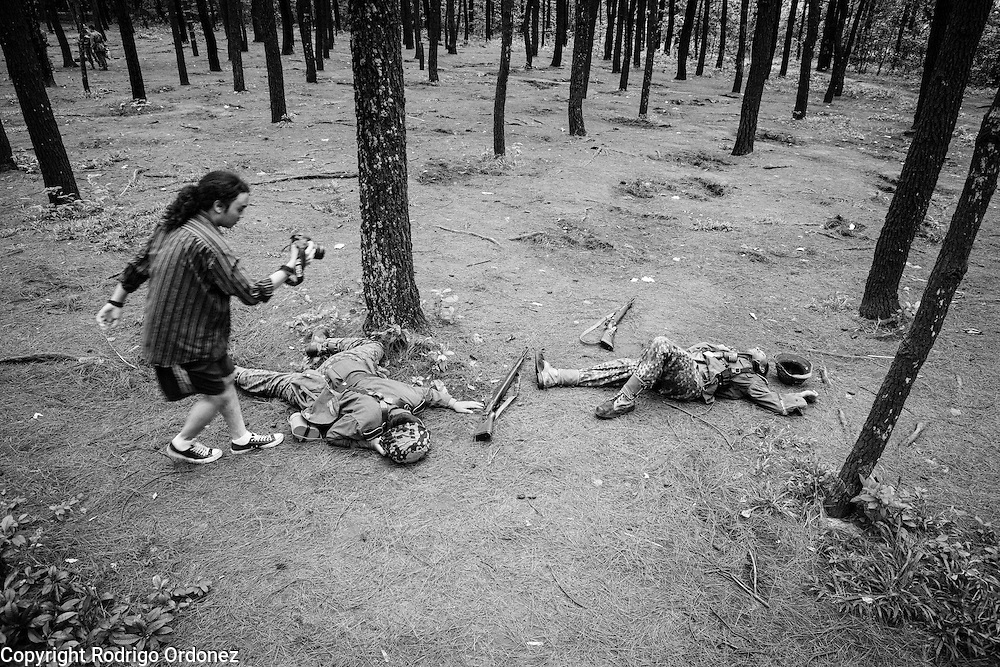